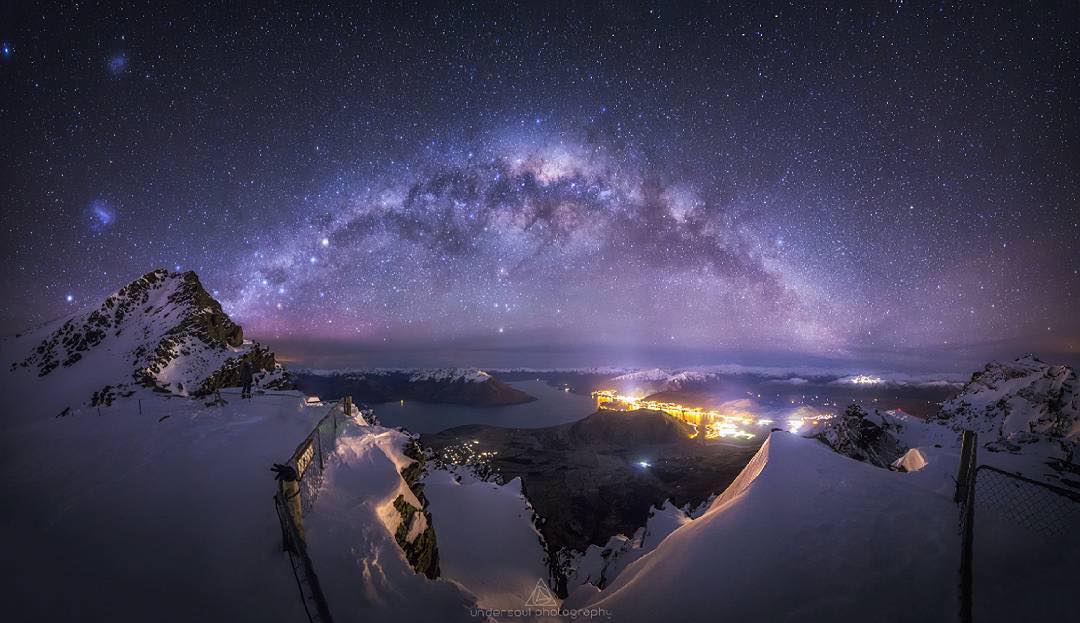 Photo Caption: Jordan McInally at The Remarkables .
#Repost @undersoulphotography
・・・ #milkywaychasers to be featured. Tag a friend who might enjoy this Milky Way image and journey! .
From Jordan about this image:

This is a 9 vertical shot panorama, ISO6400 f/2.8 14mm samyang 25secs stitched in Photoshop cs6. Taken from the look out point near the top of The Remarkables ski field. I liked the way the view down the mountain lead my eye down over town, past the mountains & up to the milky way & it all sort of balanced out in the composition. I was just playing around at the time & never thought much of this shot until i found it on my hard drive months later! Haha

We started the night off hoping to catch the aurora but missed the show, so decided to head right up to the look out point to shoot the milky way instead! It was about an hour hike through the snow & it was -7° where we parked the car, so it was bloody chilly up the top! We stayed up there for about 2 hours shooting while freezing our asses off, we couldnt get enough of how amazing the view was so couldnt leave! On the way down we found some bin bags so slid down the mountain on our ass with all our camera gear in the dark! It was a bit scary to say the least!!!! .