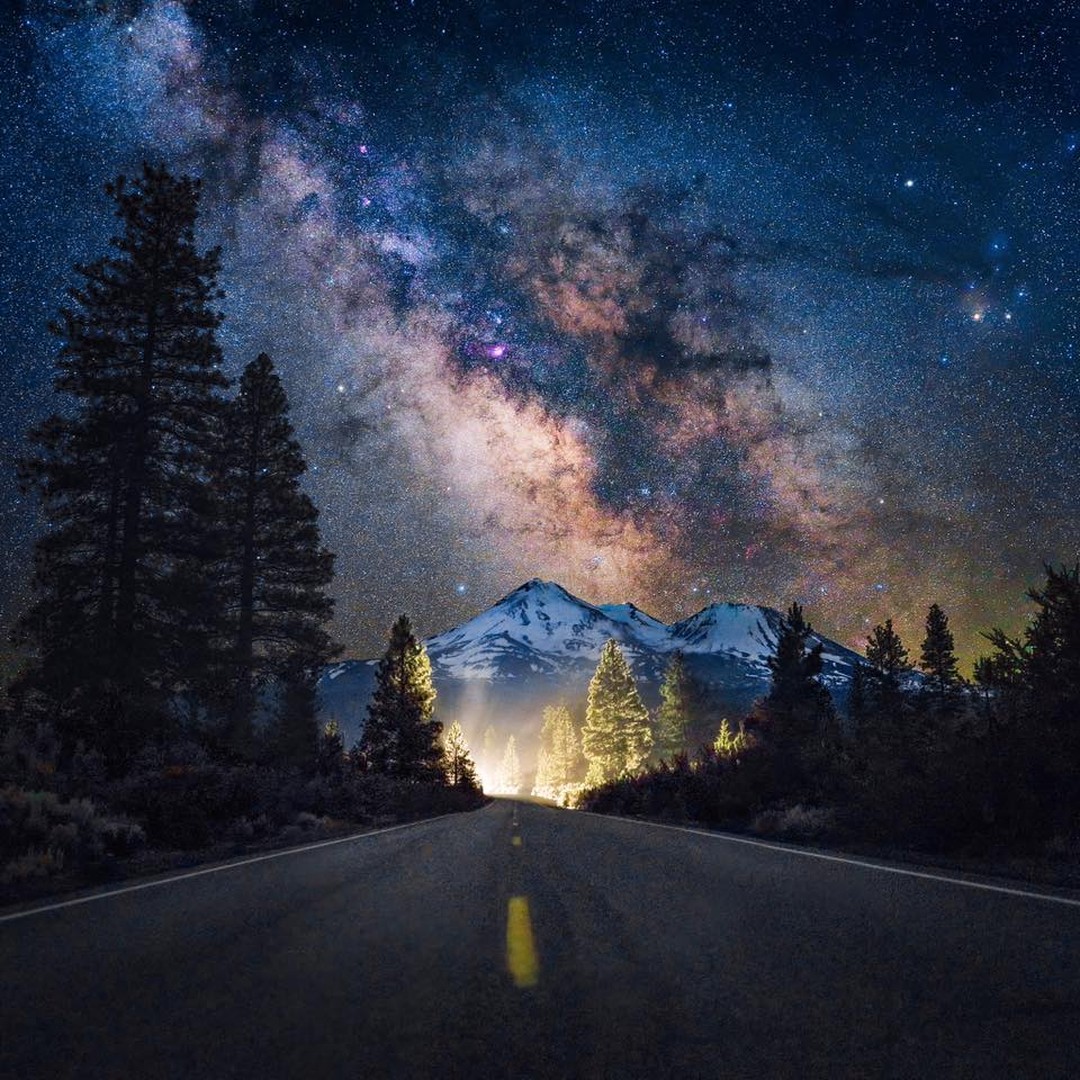 #milkywaychasers to be featured or post on Facebook.com/groups/milkywaychasers. Tag a friend who might enjoy this Milky Way image and journey! .
From Ian about this image: . .

I wanted to share my latest shot with you, though I don’t have a magical story of hardship with this one. I planned out this shot over a month ago, and finally committed to the long drive last weekend. The sky stayed clear, the temperature stayed moderate, and no wildlife bothered me while shooting. . .

The only challenge came in the execution, because I decided I wanted to shoot this as a pano with my 55 mm lens to increase nebula detail. Shooting a 3-row, 21-shot set from the middle of the road meant I often had to interrupt the shooting to get out of the way of highway traffic. But, in the end, it all worked out. The middle frame in this final image finished just before a truck came around the bend, resulting in the lights shining through the trees. I couldn’t finish that particular set of shots, but I took that central frame combined with a separate set to create the final image. . .