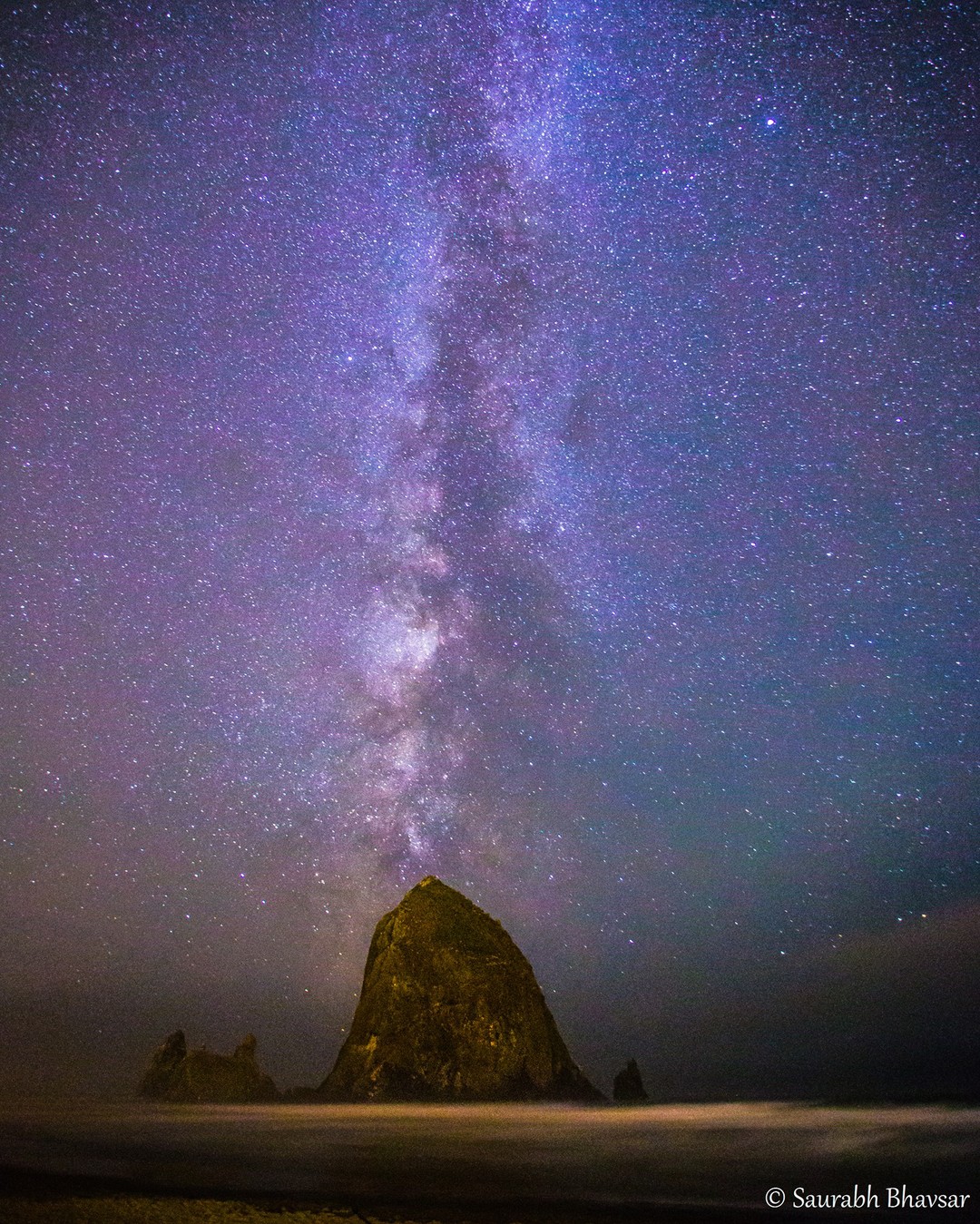 Photo Caption: Saurabh Bhavsar at Cannon Beach
—
REPOST: @saurabhbhavsar09 from facebook.com/groups/milkywaychasers chosen by @tracyleephotos
—
#milkywaychasers to be featured or post on Facebook.com/groups/milkywaychasers. Tag a friend who might enjoy this Milky Way image and journey!
—
From Saurabh about this image:
—
“I know nothing with certainty but the sight of stars make me dream” – Vincent Van Gogh.
—
This is ‘Cannon Beach’ with the milky way jutting out of the famous ‘Haystack Rock’.
—
The story leading to this shot was quite interesting… It was an impromptu plan, as always, to go to cannon beach after work on Thursday evening. It was all nice and clean in PDX when I started, and as I approached the coastal mountain ranges, it started fogging out… I thought of taking a chance and reached Cannon Beach at 10pm. Weather called for clear skies, but it was totally overcast and foggy. Sort of dejected, I packed my stuff after an hour long wait and was lingering around chatting with a guy who was doing a cross country drive and wanted to spend a night or two at Cannon Beach. I sort of thank him for this shot, because at the same time wind picked up, and to my delight, removed the cloud curtains to show the celestial show. Millions of stars shimmering in the dark skies of pacific ocean – a breathtaking sight. Its a fantastic view in day time, but the show stars put on in night is unparalleled. I ended up staying there till 3am, drove back and resumed work after a couple of hours of sleep. I think it was all worth it!
—
#longexposure_shots #nightimages #nightshooterz #nightshooters #nightpics #milkywaygalaxy #astrophotography #astrophoto #astro_photography_ #astro_photography #longexposure #longexpohunter #longexpo #amazing_longexpo #amazingearth #natgeospace #milkyway #saurabhbhavsar09 #cannonbeach #saurabhbhavsar