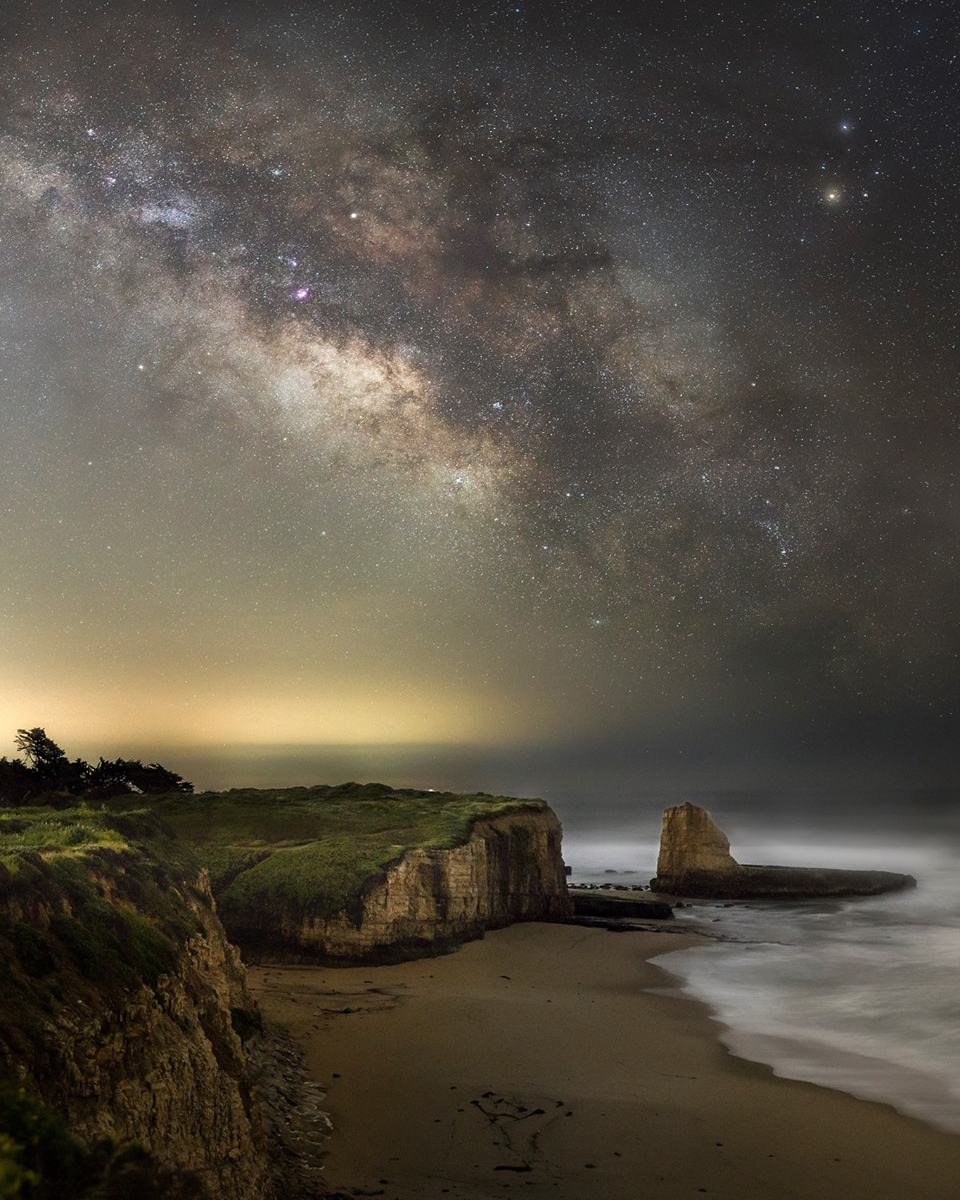 Photo Caption: Keith Evans on 3 Mile Beach
—
REPOST: @keithevans from facebook.com/groups/milkywaychasers chosen by @tracyleephotos
—
#milkywaychasers to be featured or post on Facebook.com/groups/milkywaychasers. Tag a friend who might enjoy this Milky Way image and journey!
—
From Keith about this image:
—
Pano
My second Milky Way 2017 shot of the year. A mix of poor weather and competing interests haven’t allowed me to be out at night much. This morning, I almost couldn’t shoot for the first hour because the core was covered with clouds. Thankfully the wind kept the clouds moving.
This is 3 Mile Beach at Wilder Ranch State Park, just north of Santa Cruz, Ca with the Milky Way above. A beautiful spot during the day, its also pretty cool at night, with a clearly visible Milky Way to the naked out just 5 miles outside Santa Crux. The light pollution glows in the image to the left. It’s a short walk to the sea cliff and pretty easy to get down to the beach for different framing, which I would like to do this week if I find the time…
Used a 55mm lens and panostitched with Autopano the images together to make a master Tiff file. Then edited in Photoshop. The location does get a little foggy and a little overcast, but I think the low fog provides a nice glow to the image.
instagram.com/keithevans
fb.com/keithrevans
Sony A7s
Sony 55mm 1.8 @ 2.8
ISO: 6400
Shutter speed: 8 seconds
—
.
.
.
.
.
#longexposure_shots #nightimages #nightshooterz #nightshooters #nightpics #milkywaygalaxy #astrophotography #astrophoto #astro_photography_ #astro_photography #longexposure #longexpohunter #longexpo #amazing_longexpo #amazingearth #natgeospace #milkyway #nightphotography #night_excl #amazingphotohunter #fantasticuniverse