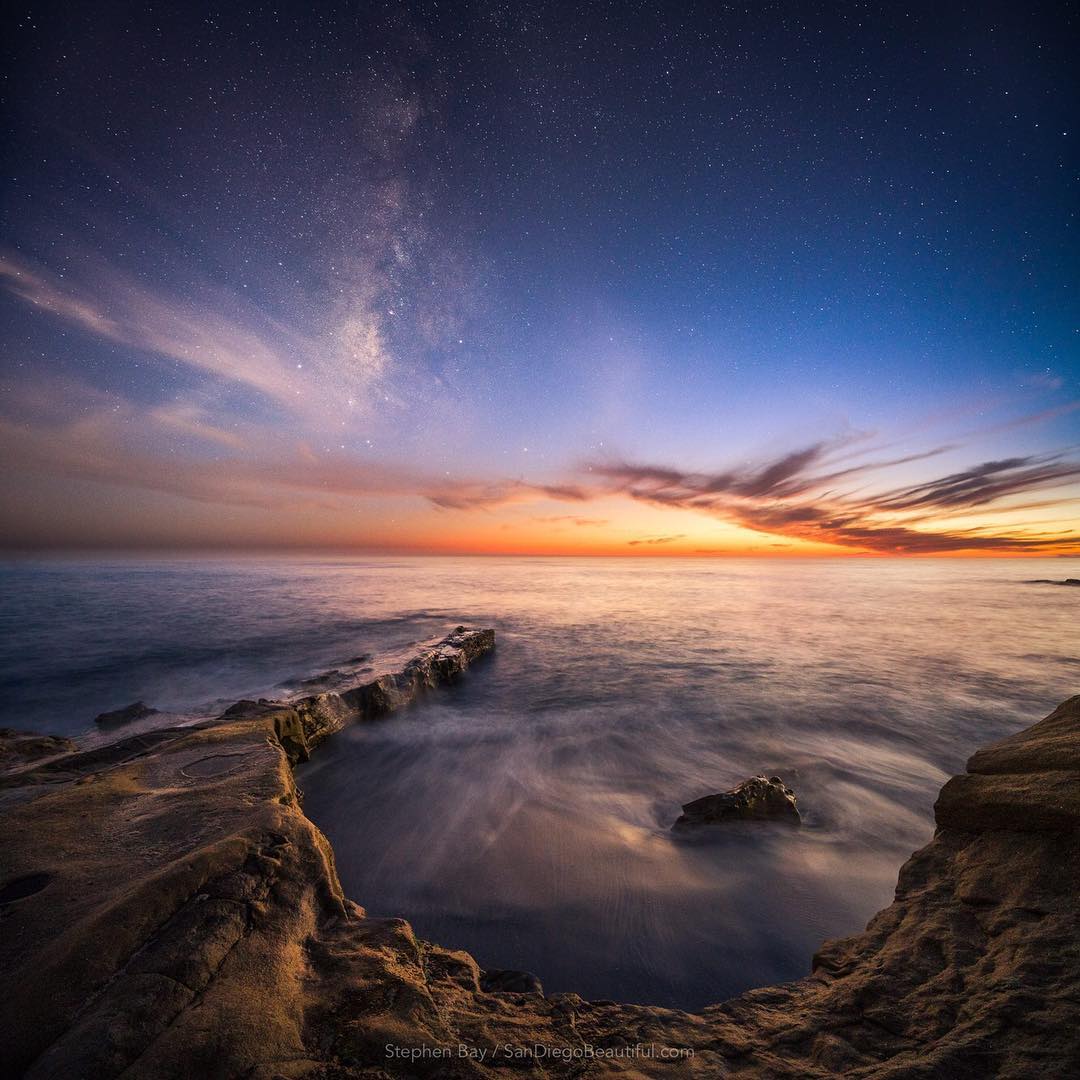 Photo Caption: Stephen Bay in San Diego
—
REPOST: @stephenbayphoto from facebook.com/groups/milkywaychasers chosen by @
—
MWC Admin: @tracyleephotos
—
#milkywaychasers to be featured or post on Facebook.com/groups/milkywaychasers. Tag a friend who might enjoy this Milky Way image and journey!
—
From Stephen about this image:
—
PANO, BLEND, STACKED
—
instagram.com/stephenbayphoto
facebook.com/stephen.bay.77
—
STORY
—
I owe a friend and another member of Milky Way chasers big time for this shot. Last week, we had been chatting about various locations for shooting milky way at the coast in San Diego. We never actually managed to shoot together although we both went to some of the same spots (sunset cliffs) on different days. On Sunday, she said she had been checking out locations and found a new spot in La Jolla. I was planning on shooting the sea stack at sunset cliffs but I said to myself why not join her at this new place.
—
So I drove out aiming to get there at about 6:30 (sunset was at 6:15). From my condo downtown, the skies looked pretty clear and I didn’t think it was worth bothering to go earlier for a sunset landscape. And I didn’t check the webcams because the coast has been so blah lately. However as I was driving I started kicking myself as I saw the great cloud formations on the horizon. I thought damn I’m not going to make it in time, I should have left 20 minutes earlier.
—
Well I was a bit late and missed the best part of the sunset for a traditional landscape. But there was still a bunch of light in the sky and some residual glow. So I started shooting. I made my foreground shot and then 10 minutes later switched to the sky for the Milky Way just as it was emerging. I’m just amazed that the conditions were right for getting both the sunset glow and the stars.
—
EXIF
—
Sony A7R2 with 16-35mm f/4 FE lens
Foreground: single shot at 16mm, 5s, f/5.6, ISO 1600
Sky: 3 stacked shots at 16mm, 20s, f/4, ISO 1600
—
.
.
.
.
.
#longexposure_shots #nightimages #nightshooterz #nightshooters #nightpics #milkywaygalaxy #astrophotography #astrophoto #astro_photography_ #astro_photography #longexposure #longexpohunter #longexpo #amazing_longexpo #amazingearth