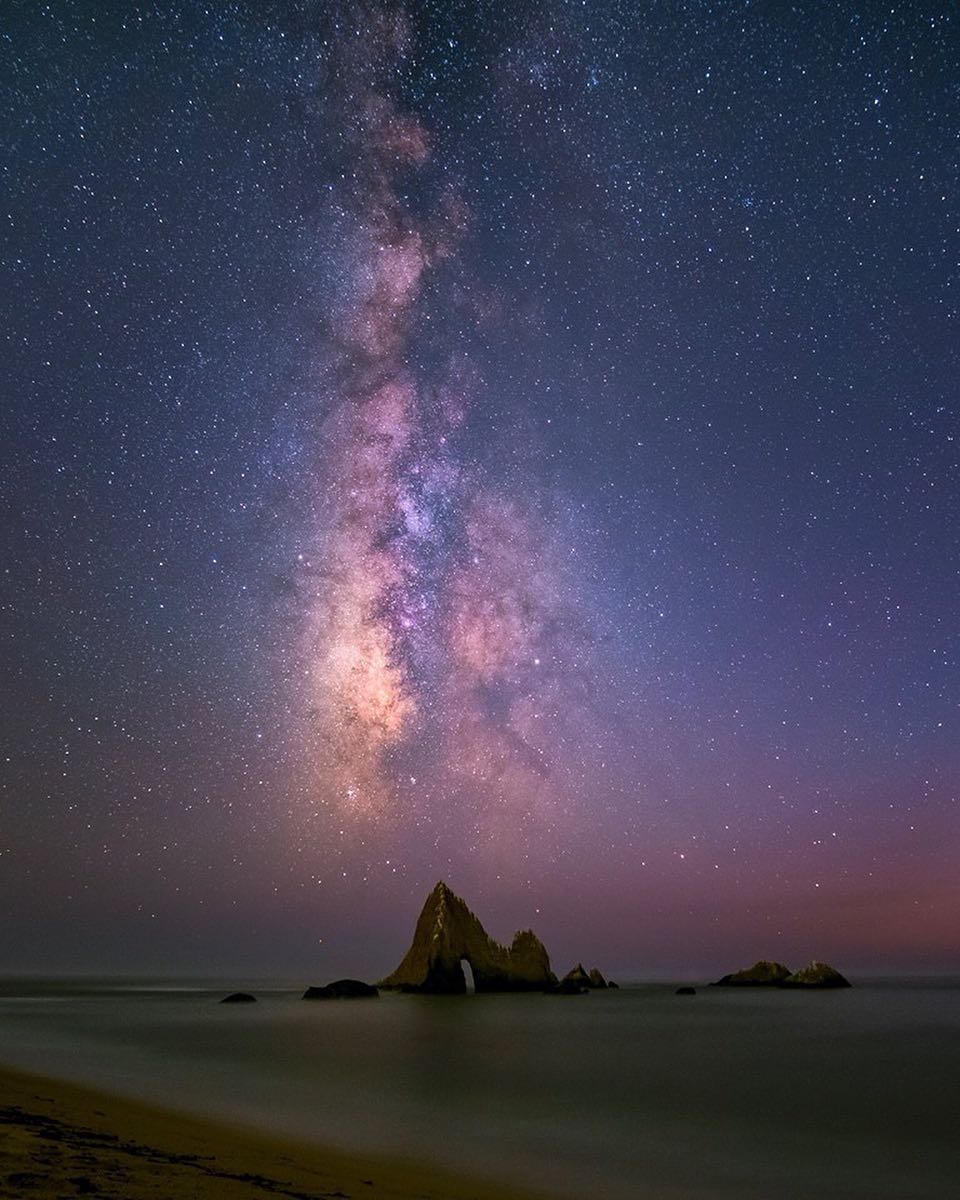 Photo Caption: Danny MacRostie at Martin’s Beach
—
REPOST: @danny_macrostie from facebook.com/groups/milkywaychasers chosen by @matthewsavillephoto
—
MWC Admin: @tracyleephotos
—
#milkywaychasers to be featured or post on Facebook.com/groups/milkywaychasers. Tag a friend who might enjoy this Milky Way image and journey!
—
From Danny about this image:
—
STACKED/BLEND
fb.com/dannymacrostiephoto
instagram.com/danny_macrostie
EXIF:
11 images stacked in SLS for NR
Fuji X-T2 with Samyang 12mm f/2.0
ISO 6400
f/2.0
15 seconds
A friend and I headed down to Martin’s Beach, just below Half Moon Bay in California, to shoot sunset and the Milk Way. This time of year the Milky Way is visible and lines up with the rock stacks as soon as it’s completely dark out. You have to be careful of the waves in the dark and stay plenty far up the beach but other than that it is very peaceful place to take in the stars. This was the first time I was really able to get out and try to shoot the Milky Way this year.I was using a new camera and lens that both performed better than expected!
I got the camera set up at sunset and left it in the same spot for the Milky Way with the intention of blending multiple photos to bring out some detail in the rocks. I ended up not needing to use the earlier photos and instead I stacked 11 photos and double processed the final stacked image. One edit for the stars and one for the foreground and then blended those together.
—
.
.
.
.
.
#longexposure_shots #nightimages #nightshooterz #nightshooters #nightpics #milkywaygalaxy #astrophotography #astrophoto #astro_photography_ #astro_photography #longexposure #longexpohunter #longexpo #amazing_longexpo #amazingearth #natgeospace #milkyway #nightphotography #night_excl #amazingphotohunter #fantasticuniverse