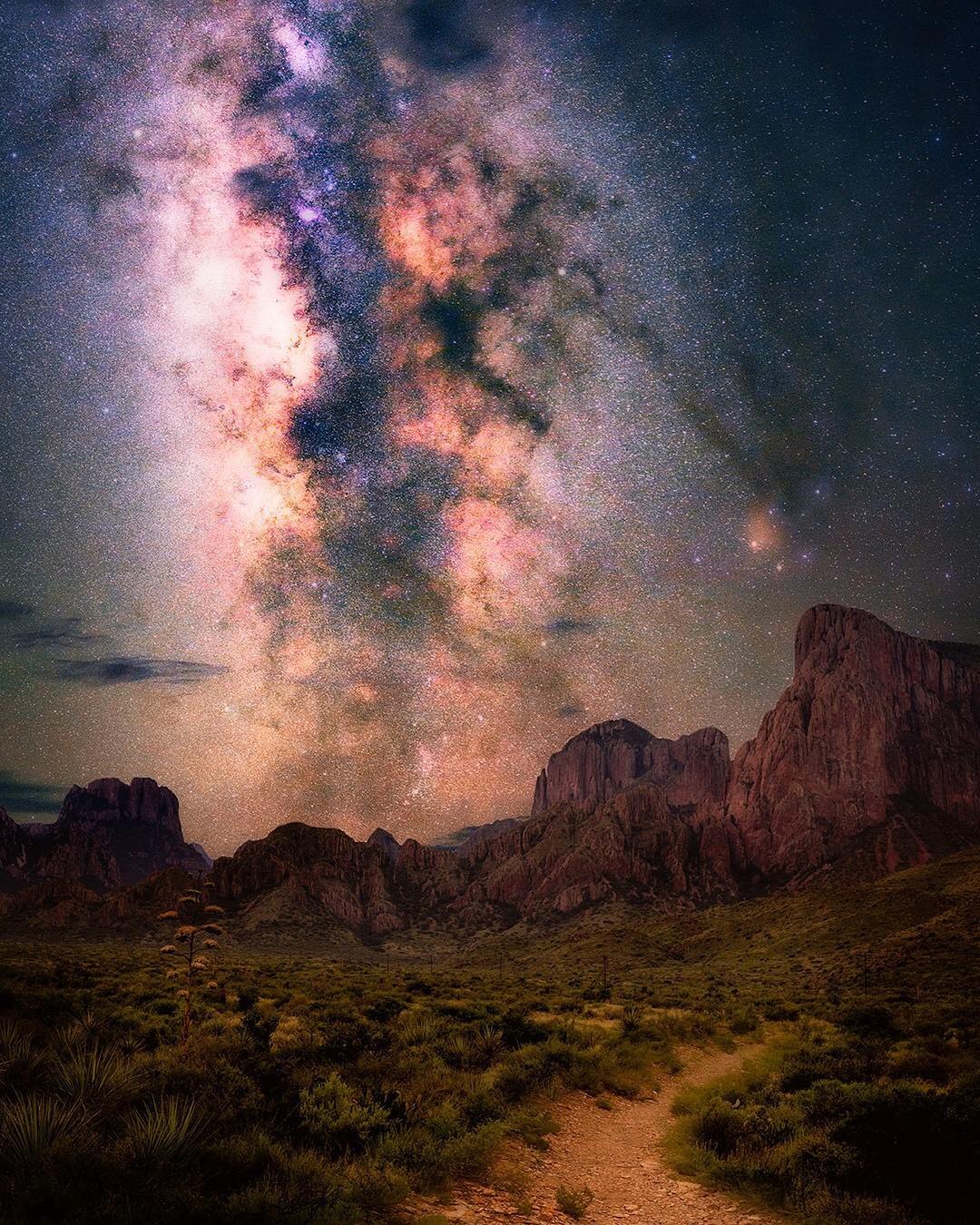 Photo Caption: #COMPOSITEWEEK
—
Matt Smith at Sam Nail Ranch
—
REPOST: @hyp3r.n0va from facebook.com/groups/milkywaychasers chosen by @tracyleephotos
— Milky Way Chasers Admin: @tracyleephotos
—
#milkywaychasers to be featured or post on Facebook.com/groups/milkywaychasers. Tag a friend who might enjoy this Milky Way image and journey!
—
From Matt about this image:
—
COMPOSITE
—
instagram.com/hyp3r.n0va
Fb.com/mattsmith1985
—
Going out to Big Bend this past summer was an awe-inspiring experience which I hope to revisit again this year, just more prepared. There were many shots to get but the time crunch and sheer scale of the park limited staying in one spot too long with fear of missing out. Also, the weather didn’t get the memo that we were coming and sucked really bad.
—
This was only supposed to be a 2 image composite, but I threw in the small path from another spot in the park to even out the foreground. The main foreground was one of the first images I took with Mike Rice when we first got in the park in the afternoon. I had only really seen mountains one other time in my life and not from very close. It was just a quick shot with an uninteresting sky, but it was still mountains, and you don’t see those in south Texas.
—-
The path was from a very small trail on the western side of the park called the Sam Nail Ranch trail. There were some cool features, but again, for the time of day, nothing of note. But one of the shots had a path that trailed off and when added to the open foreground, I thought provided balance to the image as well as a focal point for the foreground.
The sky is the same used in a regular panorama that I have already posted using the Sigma 50mm. The frame was then cropped to create a focal point all across the image.
—
Ground
Canon 6D / Sigma 50mm @ f/8 / 1/160″ / ISO100
Path
Canon 6D / Rokinon 24mm @ f/11 / 1/80″ / ISO100
SKY
20 frame panorama
Canon 6D / Sigma 50mm @ f1.4 / 10″ / ISO 5000
—
Cropped to fit together in Photoshop/ACR
—
.
.
.
.
.
#longexposure_shots #nightimages #nightshooterz #nightshooters #nightpics #milkywaygalaxy #astrophotography #astrophoto #astro_photography_ #astro_photography